How i log-pressured our Elasticsearch in Kubernetes using tdagent, and a series of unfortunate configurations one should never do 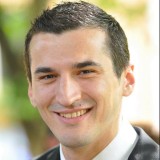 Kibana is down again!

This was coming up almost daily. Right in the morning, when we were having our stand-ups. Right at the beginning of the day. Right in my face

We are using self hosted Kubernetes. This has grown bigger and bigger lately, so while we started with a couple of Nodes, we are now operating more than 20 Kubernetes Workers / Kubernetes Cluster.

Another reason we’re growing is that our developers need to build fast. And when i say fast, i mean “now, speedy, and with resource guarantee” . So we are growing. And while we are groing, so is our logging backend.

Pretty much every new deployment, may it be a customer, a pipeline, an operator will log. And we want to see it. We’re growing fast!

When i started implementing the logging solution, we were still running ElasticSearch 3, on bare metal, using logstash for processing and good old Grok patterns. But then something happened, and out of nowhere there was this awesome container concept, and even better, there was a management tool to handle all of this.

I needed to adapt. Say hello to tdagent. Or fluent. Even i cannot tell the difference anymore, for they are pretty much the same thing

I implemented a straight-forward solution, having td-agent as log forwarder running as a daemon-set, and pushing data directly into Elasticsearch.

The concept is pretty simple:

There are a lots of articles out there how to do this, and what is what, and what is the meaning of what. I am here to tell another story. The keywords that i want you to have in mind are: routing, tags, retags, flushing threads

I do recommend looking into the excellent documentation for the fluent bit, explaining how logs should be treated as streams, and how the lifecycle of an event looks like: https://docs.fluentbit.io/manual/getting_started

Let me detail shortly, and i hope understandable for everybody:

A pod will always be running on one, and only one node at a time. And a pod may have one, two, or multiple containers. Each of these containers will be generating a unique log file, which will be stored and rotated in the filesystem of the node, and have something like this as filename:

So what does all this tells us, and why is this relevant?

Well it is relevant because we run in a dynamic ecosystem like Kubernetes, where everything goes up and down, and repeat. Deleted pods will be started with a new name on another node. We need to track back in time what and where it happened. So we need some more information about the “running backbone” We need to know things like:

Let’s take the filename given as example above, and dissect it:

As you may see, there isn’t anything about labels, annotations and so on. So how do we get all that stuff added to the logs ? We’ll get there in a minute

Container logs are files; log files are filled and rotated; so let’s tail and process them

To use a log, you need to define a log source. So getting back to step 1 in the log event lifecycle, we’ll use tailed files as source for our logs. Let’s assume that our “backend-services” container is logging in json, and that we have two pods running the same container type, “backend-services” in different namespaces (although they may run under the same namespace as well) Let’s define the source and explain what happens:

So we’re pretty much saying:

Let us now assume we have the following log files, and see how their logs flow through tdagent.

We are using tags, so we can later route the events and handle them on “different tracks” With the logs above, and the rule defined in the source, tdagent will create therefore following logging tracks (flows, or workflows):

Funny, we know they are the same kind of logs, but we treat them separately? Why would we do that? Hold your horses, we are getting there. We can’t just retag and group them at the moment, because we’d be loosing the one essential information that we need in the next step for getting Kubernetes Metadata, and that is that big, fat log prefix

As you can see, there is nothing there telling us things like pod name, container name and so on. So let’s get that information

Enrich the logs with Kubernetes Metadata

We want to do that because in order to enrich the log events with kubernetes metadata, tdagent needs to know things like: pod name, container name, namespace, and container id (pretty much what makes a container so unique) so it can go to Kubernetes API and say:

So after tailing the logs, we are now processing them, and enriching them using filters. The filter used for the operation above is called “kubernetes metadata filter“, and works pretty much like this:

This basically will enrich every log statement from coming from the files above with kubernetes metadata, so our our logs have been parsed, processed, and enriched.

It is time to package them and send them to their destinations.

Buffering and flushing to destination

Tdagent uses buffers, and queues for flushing the buffers. Destinations are managed either by tdagent’s core (such as “forward to another tdagent”, or “log to console”, or “copy to file”), or by plugins, such as “elasticsearch, kafka, reddis, etc.”

Depending on the implementation of the destination plugin, the buffer may, or may not be created based on the tag.

Elasticsearch’s output plugin organises buffers based on tags. That means, that for the files above, the elasticsearch plugin will create 3 buffer chunks, one for each tag. These chunks will be sent to the flush queue whenever the flush_interval is reached. Assuming we have a flush interval of 15 seconds ( we want near to live data), we’d have three flushes every 15 seconds into elasticsearch. Sounds good, doesn’t it? Aaaaaahhamm…Say hello to the grow

By now, the folder structure of the buffer looks something like this (for three files):

Now, this may work fine for three, 10, 20 chunks. But how would it look like when you have:

If we add all of these, we’d have about 20*10*3 log files, which makes about 600 log files. Nevermind the logs produced by Kubernets itself, or other logs running on system level (kernel, kubelet, docker, containerd, etcd , etc)

Suddenly we have a lot of chunks, and every 15 seconds we will try to flush them. From different td-agent instances running on different nodes. Almost at the same time. No wonder Elasticsearch refuses bulk inserts:

To have a better understanding of the problem in Kubernetes, have a look at this image

Allright. We have a problem. And this will have no end, for this is a vicious circle. And suddenly td-agent pods running in Kubernetes start crashing, start over again

We’re seeing duplicates again! I thought we were generating unique id’s ourselves, so why do we see duplicates? Again!?

This is because of an option when tailing, called read_from_head, which basically says: if tdagent starts over, read the file from head, and not from tail. Meaning td-agent will read the same data, again, and again, and again, therefore not only generating dupes, but adding more to the already existing pressure. We’ll solve this one by setting this option to false.

Still, what do we do about all these files queued in the buffer?

By now we know that all of the backend-services container are logging in json format. Let’s look at this from the outside: all containers, of this type, regardless where they run, will produce the same log structure

So the question is, how do we group them now under one hood, so we can optimize writing into a single chunk, instead of 600?

Well, we’re done with processing the data, enriching it, modifying it and so on. So let’s retag all of those backend.** logs into one, single tag:

What we did here was to look at each individual log record of source backend.**, and to retag it if it has a namespace assigned, which it has – performed by the filter above

By now all logs produced by backend.** containers will now be tagged as jsonlogs. One tag, one chunk! Amazing, we are now able to put all our toys into one package, and send it to destination. Oh wait, isn’t that pretty much what Amazon is doing? 🙂

Let’s take a look at the output configuration now:

Wrap up – tdagent in kubernetes

It is essential that you retag logs of the same type. Otherwise your Elasticsearch Cluster (or whatever other output) will eventually explode, and you will start missing logs.

You do that by using the retag filter. https://docs.fluentd.org/output/rewrite_tag_filter

Good luck with it. I know it solved my problems!

Connect to Kafka inside Kubernetes – access to pods using other transport...
Scroll to top